The organization European Action Coalition for Housing and the Right to the City was formed in 2013 through a collaboration of activists, researchers and experts who were all united in their fight for housing rights. Today, the organization has several dozen members across the continent. Since its founding, The City is For All has been a member of the Coalition, and each year we attend the organizing meeting that takes place in the home town of one of the member organizations. In 2015, the network coordinated a joint international action which our organization joined under the slogan: “No people without housing – no housing without people!” This year, The City is For All appointed Vera Kovacs, Tibor Magyari and me, Tessza Udvarhelyi, to join the meeting in Lisbon. (Unfortunately, Tibor wasn’t able to attend because he was hospitalized and is still there – we wish him a speedy recovery and a lot of  strength.) 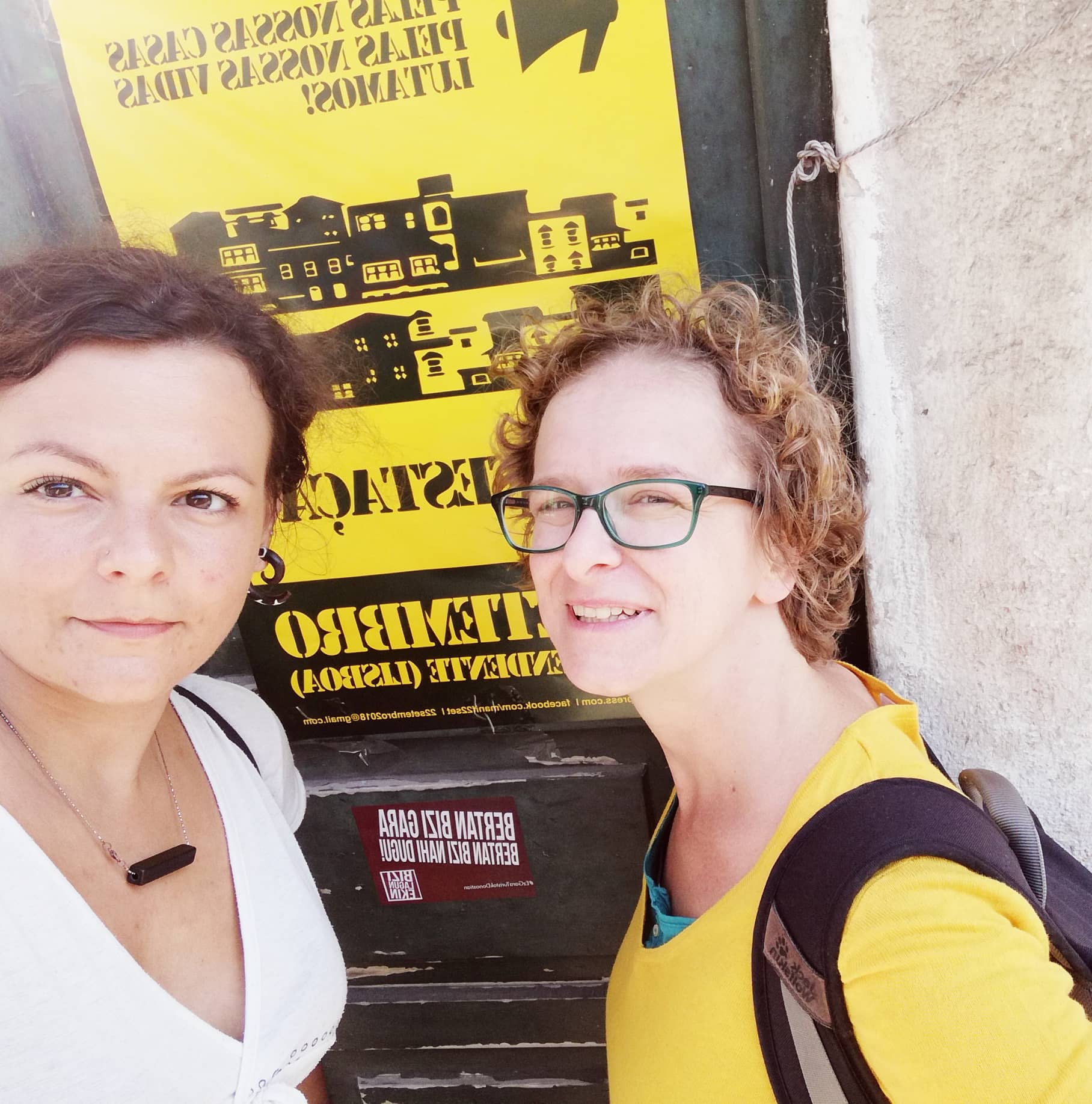 Different from the meetings of previous years, the organizers of this year's meeting were able to welcome more guests. As a result, over 120 housing activists gathered at the action camp organized by the Portuguese organization, Habita. The aim of the meeting was to exchange information and experiences as well as to make some strategic decisions about the Hands off our Homes campaign. 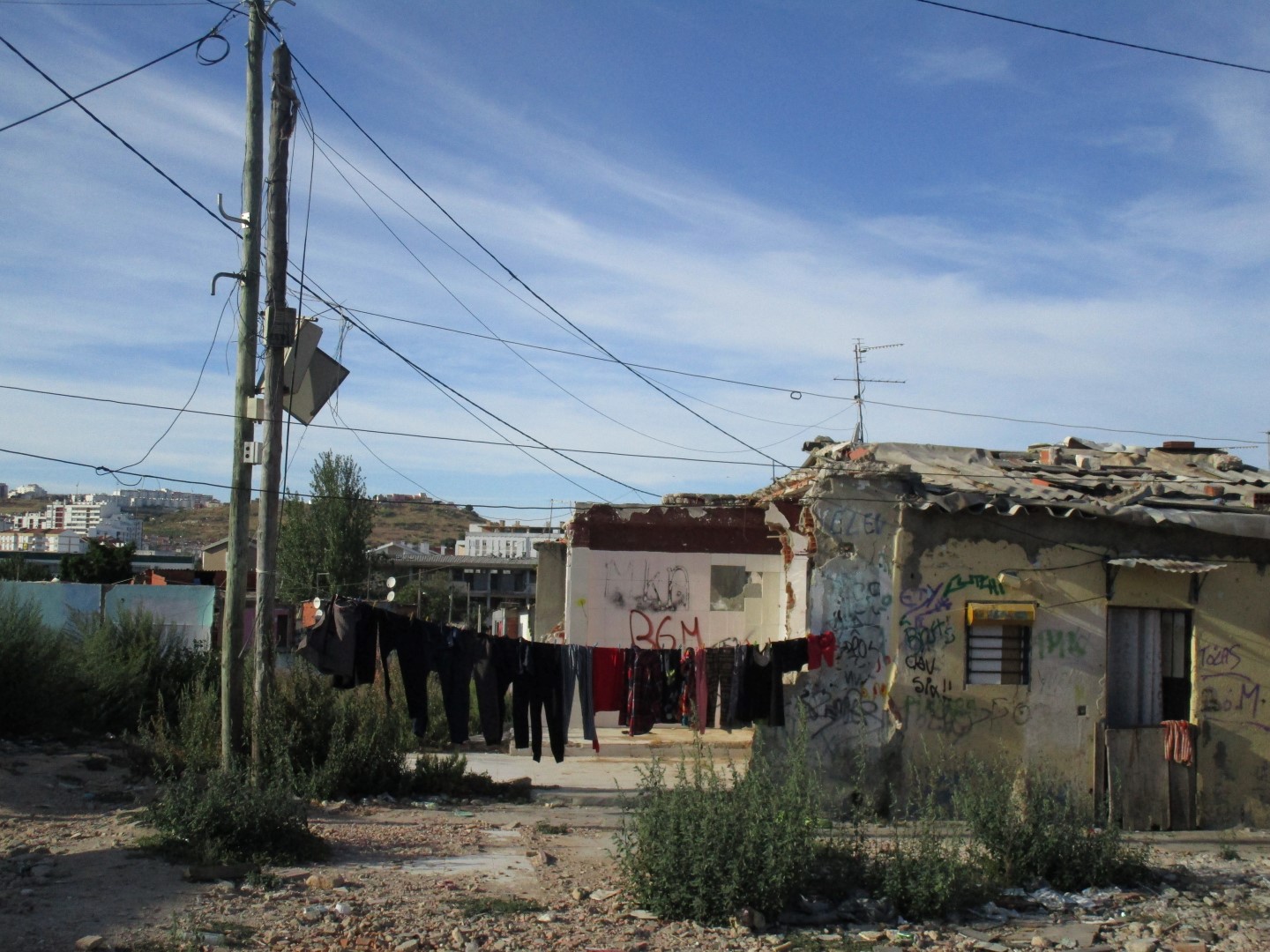 As part of the event, we also made local visits and attended workshops. One of the workshops addressed the effects of mass tourism prevalent in many southern European cities, making it harder for locals to find housing. Apartment and room rental costs have increased considerably due to the popularity of short-term rental apartments and locals have a hard time paying the increased fees. AirBnB is mostly driving this short-term rental market and some cities have started to organize against it, while others (such as Barcelona) have passed laws to push back on these types of rentals. One of the most interesting ideas is called FairBnB, which aims to welcome tourists into a city, while also ensuring that local residents also benefit from tourism and are not pushed out of their own towns. Another workshop examined the relationship between universities and activism and we also heard about a number of interesting alternativ forms of housing such as cooperatives in Serbia and grassroots organizing in Turkey.

For me, the most exciting part of the schedule included two field trips. The first one took us to Bairro 6 de Maio, an informal settlement in Amadora, which is a suburb of Lisbon. This place reminded me more of a favela in Brazil than a neighborhood in Lisbon. It was built in the 1980s by mostly African immigrants who moved here from former Portuguese colonies. In its heyday, the neighborhood housed about 3000 people – today, there are about 10 families left. The others were either evicted without being offered alternative housing, given some financial compensation for the destroyed homes and some others were moved to social housing projects. The ten families who are still there have all built their own homes, pay taxes and utilities. Still, for some reason the local government doesn’t want to provide them with any other housing options. During our visit, we met with many of the people who live among destroyed buildings and piles of trash while not letting go of the idea that they have the right to adequate and affordable housing – either in this part of town or somewhere nearby, where they have lived their whole lives. 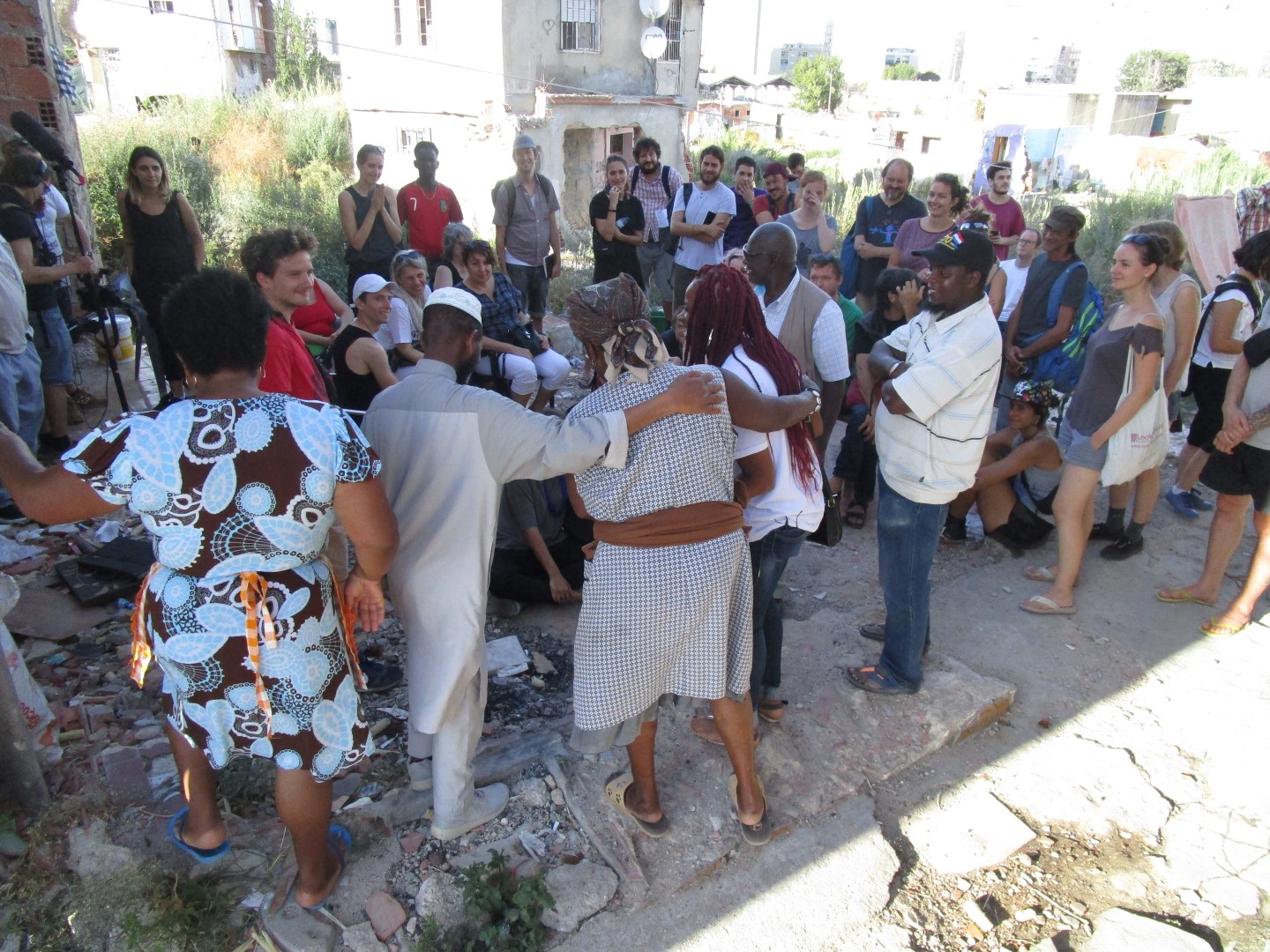 Our other excursion took us to Lumiar, a suburb of Lisbon, which is home to many social housing projects. Most of this neighborhood was built by the local government to ensure housing for those who were removed from elsewhere and are eligible for this type of benefit. Similar to other European cities, Lisbon also struggles with high housing costs and many people can't afford rent in the downtown area, even when working two or three jobs. In this part of the city, some of these nice-looking buildings are squatted by families, usually young mothers with their small children. As most of them have been waiting for public housing for years without any hope of getting one, they decided to open up and move into vacant social housing units These apartments lack basic utilities but the occupants have renovated and maintain them. The main demand of these residents - with the support of Habita - is for the local government of Lisbon to legalize their residence - something that happened just 10 years ago with residents in very similar situations. 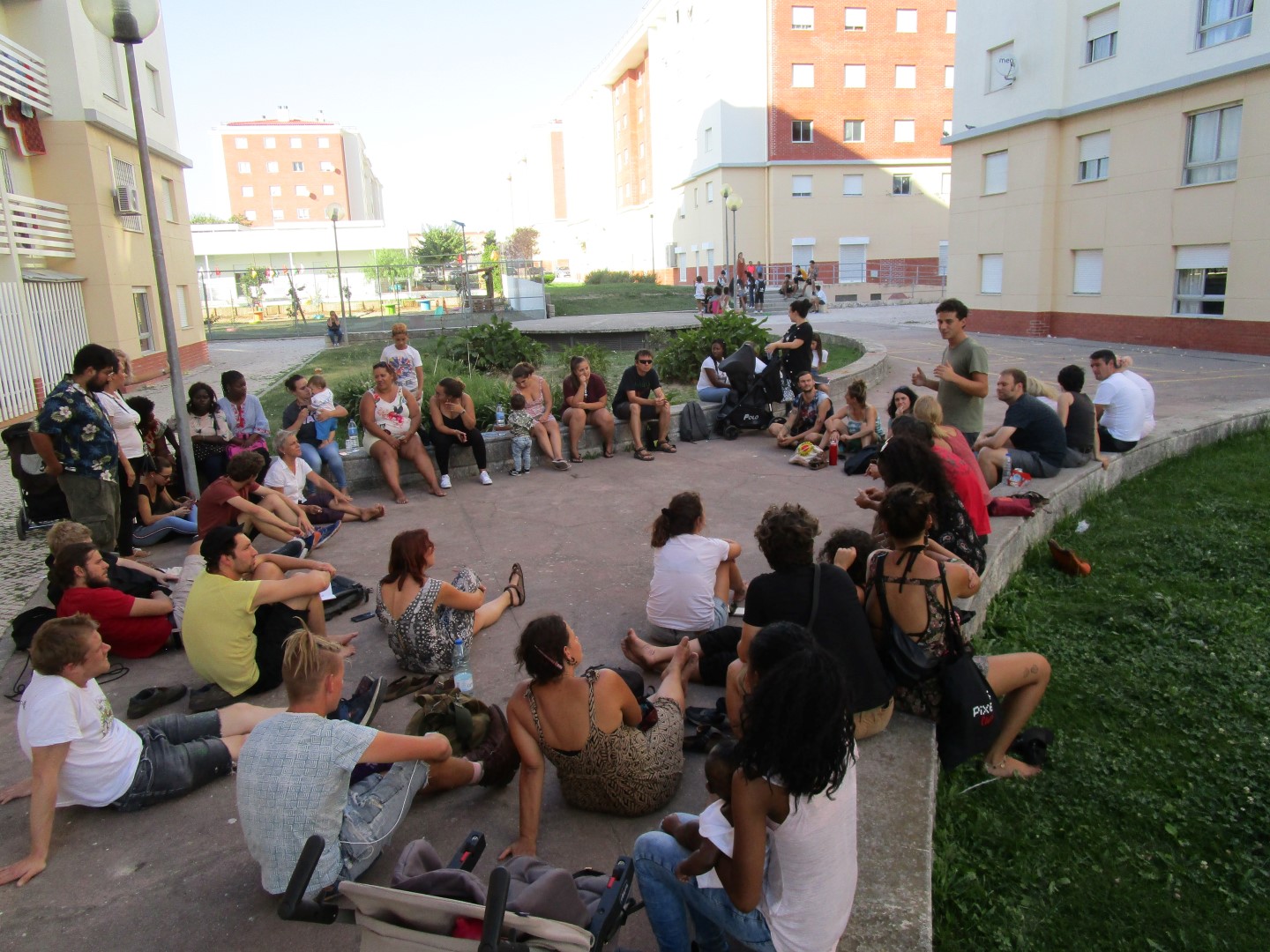 During this visit, we also heard some surprising information about Portuguese eviction rules. According to local laws, people living in privately owned apartments can only be evicted by a court decision, which is similar to Hungarian laws. On the other hand, people living in publicly owned apartments can be evicted only by the decision of the local government, without any court procedures. In practice, this means that those being evicted are not officially notified of the eviction date and a city official can just show up at any given moment and ask them to leave. This makes life hell for squatters, as they have no idea for how much longer they will have a roof over their heads while also making it difficult to stop these evictions.

The most exticing moment of the international gathering was a large housing protest that took place on September 22nd  in two cities simultaneously: Porto and Lisbon. This protest was very similar to the Housing March that the The City Is For All has been organizing for years, so we felt at home! Around a thousand people marched through downtown Lisbon to music, drums and chanting – rallying on the very streets where tourism has pushed out many of the locals. During this demonstration many people spoke up who struggle with various housing issues all over the city such as the inhabitants of the above-mentioned neighborhoods. 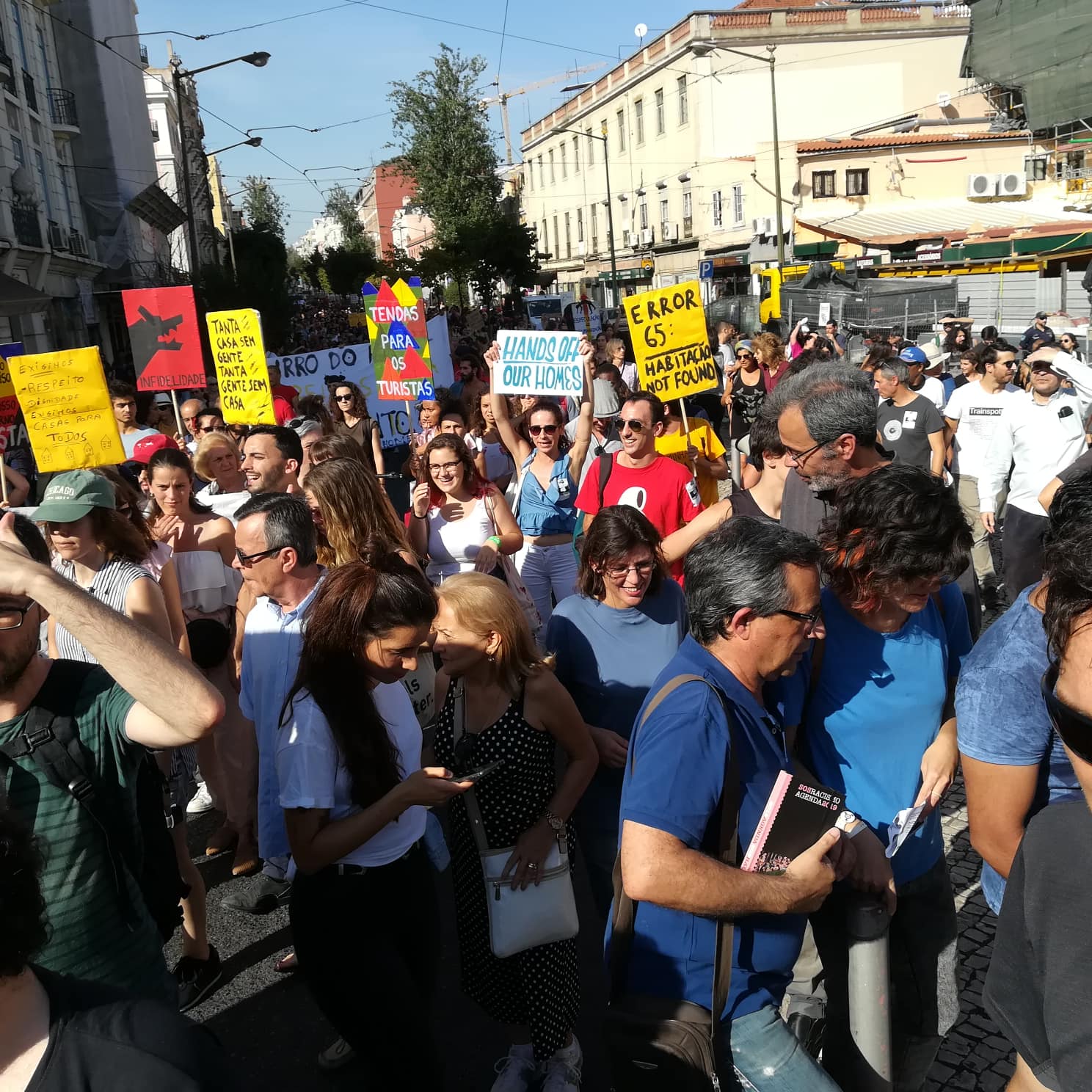 We are grateful for the opportunity to attend this conference and we are curious about the next joint action of the European housing network. Lisbon is a wonderful place and we hope that grassroots opposition can gather enough momentum to take back the homes for those who live, work and raise their children here. 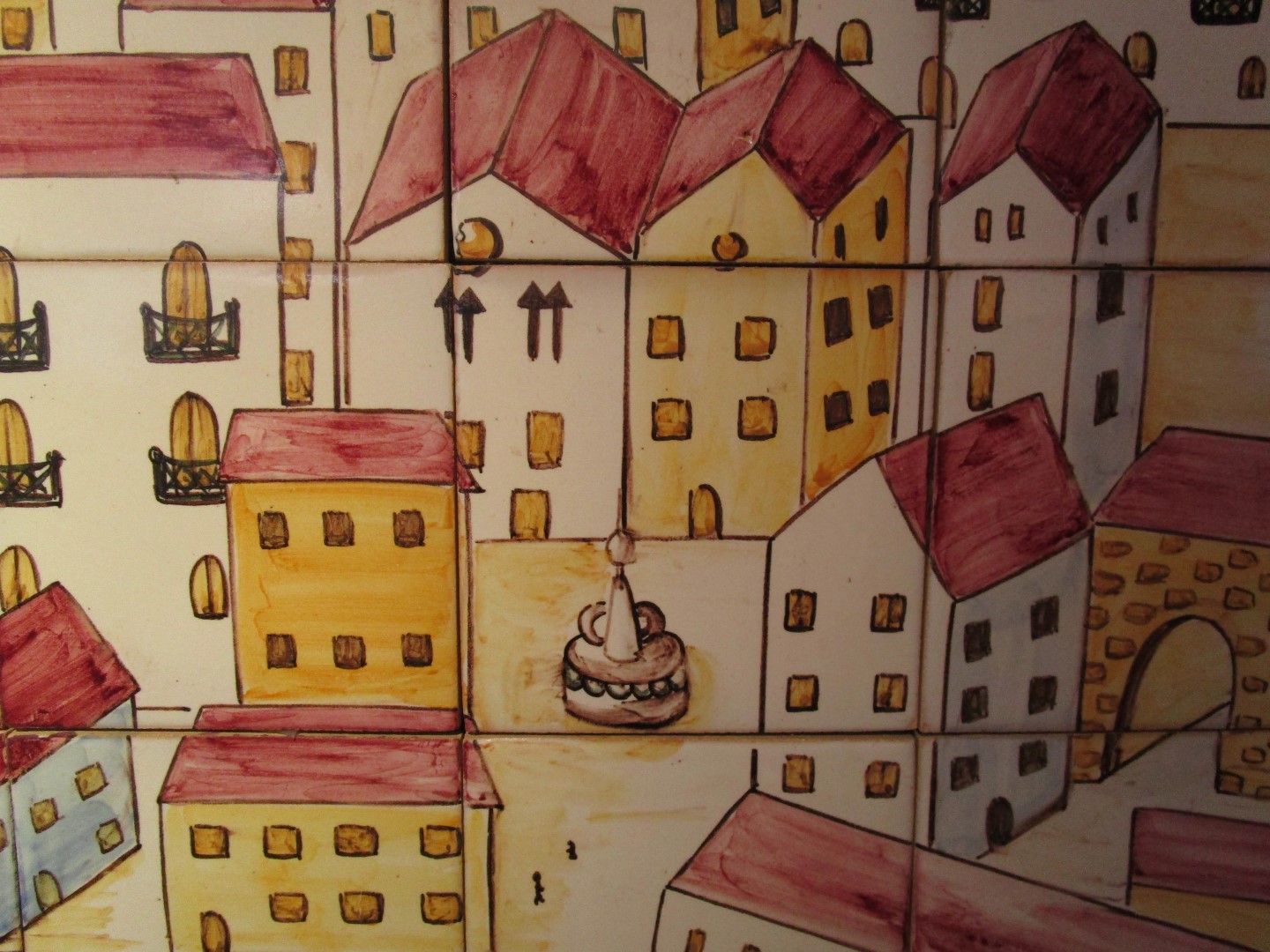