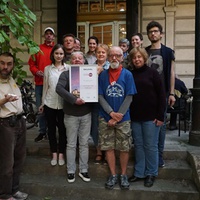 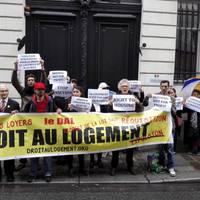 Housing organisers from across Europe including members of The City is for All are coming together this weekend to protest against the adoption of the EU Urban Agenda by the 23 Housing Ministers of Europe in Amsterdam. A series of actions were planned by the European Action Coalition for the Right to Housing and to the City, a network of groups fighting for housing justice across the continent. 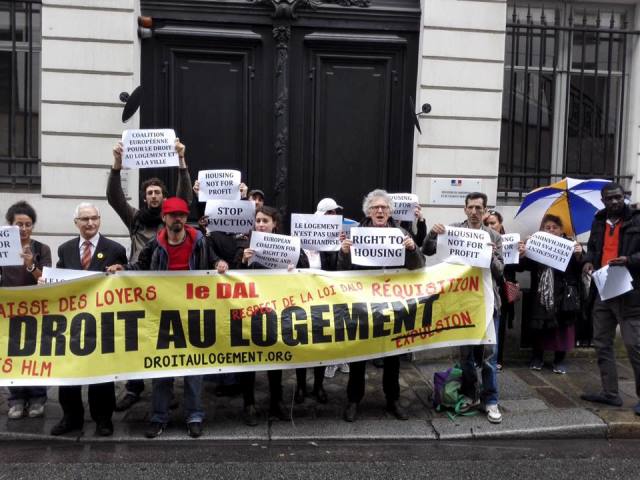 On Monday at 8.45am CET members of the Coalition disturbed the ministers’ arrival by boat. Activists from 10 countries unfurled a 15 metre banner on Oosterdok, reading “Housing for people, not profit”, while chanting “Social housing is a right, here to stay, here to fight” (1)Scheepvaartmuseum, the meeting place of the officials, is an isolated, securitised building that is illustrative of the illegitimacy and unaccountability of urban policy-making. The housing activists come from a number of countries severely affected by both the imposition of EU austerity, and by urban regeneration projects conducted using European structural funds. The demonstration demanded that such funds be used to build social housing, rather than to displace the urban poor through partnership with private developers.

At 1pm CET the headquarters of Stadgenoot, a major Dutch housing corporation, will be occupied together with the Bond Precaire Woonvormen (The Union of the Precariously Housed). Stadgenoot, through its lobbying, is responsible for the new Dutch housing law that reduces tenancies to between 2 and 5 years, and destroys tenant protections [2]. Similar 'flexibilisation' laws are in train in many countries across Europe, such as the UK's Housing and Planning Act. Local tenant associations and renters will join the European Coalition in this solidarity action. Together they will reclaim this public institution and demand an end to flexibilisation and the sale of Dutch public housing. 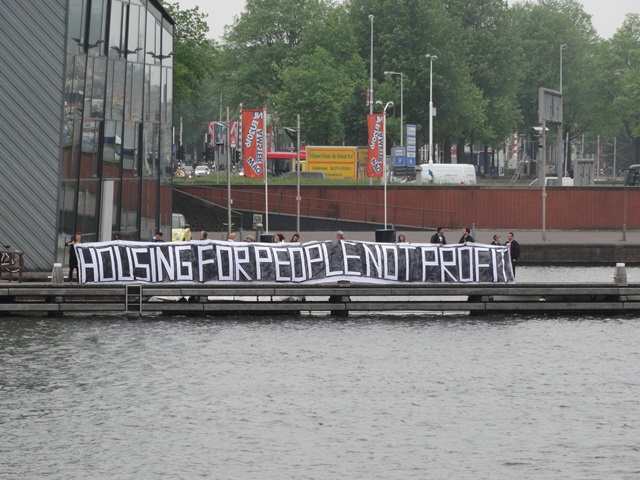 The EU Urban Agenda has been developed since 1997 by the European Commission and the European Council in order to “remove unnecessary regulation” and “create more workable financial instruments”. The Pact of Amsterdam is being signed during the Dutch Presidency to streamline urban cooperation, without attempting to confront the privatisation occurring across the EU.

Rita Silva, a Portuguese organiser with Habita! said “The Urban Agenda is overflowing with buzzwords on sustainability and innovation, but the hidden agenda is to create profitable cities for private capital. There is a choice – the money could be used to house poor communities who are being forced out of their cities – but instead the EU is becoming a driver in gentrification in many places in Europe. We demand access to affordable public housing all over Europe. Housing is a right not a privilege! Organise and resist!