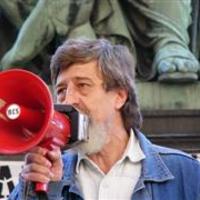 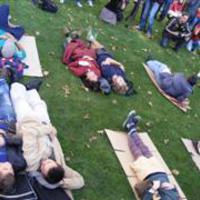 9 éve
Call for solidarity against anti-homeless... Neil Smith, Professor at the Graduate Center of the City University of New York has sent a letter to the Hungarian Minister of Interior protesting the anti-homeless legislation proposed by the government.

I was recently informed that you have drafted legislation in the Ministry of Interior that would “expel homeless people from public spaces” and allow local authorities to prevent them from sleeping on the streets. I sincerely hope this is not the case.

I am an academic researcher concerning questions of the city, housing, gentrification and homelessness, and on my latest visit to Budapest earlier this year I was able to talk with homeless people concerning their plight. I was impressed by how smart and committed they were, and how determined they were to find jobs and find a home. As best I could discern the situation in Budapest is not as severe as in New York City, where I work, although I saw more homeless people in Hungary now than on previous visits, but if such legislation as you apparently propose should become law, then indeed Hungary would be even more punitive toward homeless people than is New York. I do not think that is a reputation you would want to foster.

If homeless people are expelled from public space -- and since they are homeless, by definition they have no private space -- then where is their space? Where are they to go? This raises the specter of expulsion from the entire nation, and I do not think any other nation wants to go through the global condemnation currently aimed at the French government for expelling the Roma people. I say this as myself a citizen of an EU country. Even here in the United States, while local police forces have harassed homeless people relentlessly, and where the number of homeless people is at record levels, no-one could seriously attempt to make homelessness illegal throughout the country in the way your legislation apparently would do.

The solution to the housing crisis, which we know is sure to become worse, is not to move it elsewhere. The capitalist market may arbitrate who makes a profit and who lives in poverty, but it is not the arbiter of what comprises a decent society. In such a society, peoples’ right to housing surely far outweighs any right to profit and personal enrichment in the market. The solution to homelessness, it is well documented, is to solve problems of poverty and inequality, jobs and housing. A vital first step would be to employ the unemployed to build housing for the homeless and, in the process, stimulate the economy.

For these and related reasons, I think it would be wise to withdraw the proposed legislation, and I would like to add my voice to those opposed to the criminalization of homelessness and homeless people

Distinguished Professor of Anthropology and Geography,