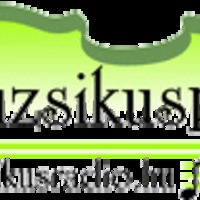 The City is for All on the evictions moratorium

(Almost All) Evictions banned in Hungary

On July 22, 2010 the newly elected center-right Hungarian government declared a ban on almost all forms of eviction until April 15, 2011. The only and yet very significant exception to this ban are squatters who continue to be unprotected from forced eviction by either private or public bodies.

This almost complete ban on evictions comes after a series of tentative steps of the previous center-left government to respond to the repercussions of the global mortgage crisis in Hungary and protect citizens from defaulting on their foreign currency loans as well from losing their homes through foreclosures and auctions. As in other countries, in Hungary subprime mortgages have been offered widely in the past few years along with mortgages and loans based on foreign currencies, whose installments have grown at an unprecedented rate as a result of the economic meltdown. At the beginning of 2010, tens of thousands of families were in danger of having their houses or apartments foreclosed as opposed to a few dozen in the years before the crisis. While banks responded to the crisis by rescheduling repayment plans for a significant proportion of mortgage-holders, economic stagnation and high unemployment forced the state to intervene. In addition to the ban on evictions, the Hungarian government banned foreign currency mortgages as of July 1, 2010.

The present moratorium on evictions has been preceded by a number of attempts by the local and national governments to at least temporarily ease the situation of those in danger of evictions. Since 2003 a winter moratorium on evictions (with the exception of squatters) has been mandated by national law spanning from December 1 to March 1. Since 2006, the city government of Budapest has called on local district governments to join a voluntary ban on evictions from November to April, supposedly including squatters, too.

In addition to attempts at curbing mortgages based on foreign currencies, the current government has promised to set up a state fund to handle the mortgages of those most at risk of losing their homes. These steps will undoubtedly redraw the dynamics of the country’s real estate market. While in terms of rhetoric, the new government has committed itself to developing the rental and social housing sector in Hungary and supporting the housing needs of low-income citizens, it remains to be seen to what extent these promises are kept. At the same time, the new government employs a strong discourse of workfare and many of the statements by leading government officials have discussed the punishment and persecution of those who do not conform to the moral standards of individual responsibility and hard work at the level of both street policing and social welfare.

As members of The City is for All, a grassroots homeless advocacy group based in Budapest, we find it unacceptable to achieve minor developments in the housing of low-income Hungarians at the price of making the lives of those living in poverty even more miserable. As long as radical changes in the way the Hungarian state addresses property rights and social distribution are not achieved, these reforms seem to be incremental and certainly do not equally benefit us all.

Originally published on the International Alliance of Inhabitants website.